“Don’t you want to do the Comrades with me”… I remember my best friend at the time asking me this life altering question. It was around October 2011 and I was busy landing the plane on my post-grad studies thinking, once I’m done with this I’ll have some free time to tackle the training. Little did I know that the commitment to finish the race led me to a completely direction in life that I never planned nor did I ever think would be possible.

My journey actually started a little before that. In March 2008 I committed to my faith and this led to a number of changes in lifestyle. Pre-2008 I was pretty much addicted to partying and alcohol. There was not a week that went passed that I did not go overboard on the partying. Filling a void I had with a lifestyle where my nickname was “Mr. Party”. That all changed in March, I stopped drinking, started to eat more healthy foods and slowly got back into exercising. At this point I tipped the scale at 120kg’s.

I enrolled for my Masters degree and went all-in, finishing close the top of my class towards the end of 2011. As that chapter was closing, I was looking for the next challenge and my mate suggested we do Comrades. Up to that point the maximum distances I was running was roughly 4-5km’s twice a week. We decided we would train for 18 months and race the 2013 Comrades. By January 2012 I was on my own, he had packed it in, but my head was set on the goal. I had just recently finished my first 10km run as well as my first half-marathon. There was no turning back.

I guess I have a “All or Nothing” type of personality, when I was partying I had to be the one that drank the most. Now with the commitment to race the Comrades Marathon it was an all-in mentality, the same mentality that would drive me throughout my endurance sports journey.

Then I saw one of my varsity buddies finishing the Ironman 70.3 South Africa in Buffalo City. Something started stirring but I had a Comrades goal. A couple of weeks passed, I did my second half-marathon then I saw a highlights spot on tv of the Ironman Arizona and I knew that is what I was going to do eventually.

As I was getting into more consistency with the running program, I signed up for my first triathlon in Bela-Bela. It was a standard olympic distance race and the bug hit extremely hard when I finished it in August 2012. Two months later I did another one in Germiston and the Ironman dream got cemented. I still had the dream of completing the Comrades but I knew it was just a gateway to get me to the Ironman destination…

March 2013 I ran my first marathon and qualified for the Comrades Marathon. I was one step closer to the goal. June 2013 rolled by very quickly and looking back now I was extremely ignorant, not knowing what I had let myself into…I finished the down run in 12h:52m. To be honest it was a bit anti-climatic and the next goal was already in sight. 2014’s race calendar had Ironman SA and the Comrades Marathon just over 2 months apart. In my ignorance I thought, well I’ve done Comrades and although painful it was not that hard, doing and Ironman 2 months before should be sufficient time to recover. I would have an Ironman medal plus the Comrades double. Easy.

As I was approaching Ironman SA in April 2014 it clicked for me that the actual race is not the destination. It is all about the journey, how you change mentally and physically to get to the race start. The race itself is just a celebration of the journey up to that point. I went to Port Elizabeth with my wife, who is always by my side and my number one supporter and finished the race in 12h:58m. That finishers chute is something that cannot be explained, and I am convinced that is the reason people keep going back and chasing that feeling, it really is something unreal.

I switched my focus soon after I got home to the Comrades down run thinking there is enough base mileage to just keep ticking over to June 2014. That Comrades down run was the most brutal thing I have ever experienced and still gives me shivers when I think about those last 20km’s of the race. For now, that was the last time Durban to Pietermaritzburg or Pietermaritzburg to Durban has seen me outside of a car.

I’ve gone on to complete six full Ironman races, 13 Ironman 70.3 races and too many Olympic Distances for me to remember.

I started the journey pretty much figuring out my training plan by searching countless of hours on the web. Each race I was improving but in July 2015 I decided to get a coach as I felt I had done as much as I could by myself without any outside help (I’m stubborn like that). This was yet another step on the journey that would take me down a path never thought possible. From then on, having proper structure and meaning to each workout, my performances just improved with every single race.

January 2017, I made the Gauteng Olympic distance team in my age group and finished 5that SA Champs securing me a spot on the SA team to go to Rotterdam in September 2017. That was my first taste of World Championship racing and it blew my mind. I finished nowhere in the standing even though I got a PB but just being surrounded by top-class athletes, some of them racing since they were 7 or 8 just lit another fuse.

My goal had crystallised to more than just finishing races but to use endurance sports as a platform to inspire people to positive life change. I knew where I came from. No athletic background, partying alcoholic. I also knew that if you put your mind to something, you have a plan and believe in yourself you can do anything…

That is the message I want to get out there. It does not matter where you come from, what you’ve done, have not done, all you need is a vision, and everything can change.

This is one of the reasons why I joined the one80 family. I resonated with their message of changing your life 180 degrees. Going the completely opposite direction of where you were heading.

That is exactly what I’ve done in my life and everyone needs to understand that, you are one decision away from a completely different life, you just need to make the decision and then stick with it…Since joining one80 my coach, Sam Harrington, has cut my training volume by 20% to ensure I have more time with my beautiful family and can give my career the attention it needs. Thank you ma’am. We’ve been focusing on quality over quantity and I believe that it exactly what you need to do as an age grouper. We don’t have the luxury of naps between sessions nor do I have 20-25hrs I can give to my sport. Coach Sam has taken my constraints which I gave her and worked the best plan possible out for me and to ensure I can still be competitive. I’ve had six races in 7 months with one80:

I know we are on the right track and I’m looking forward to the 2020 racing season to explore more of the art of the possible, break barriers and inspire life change… 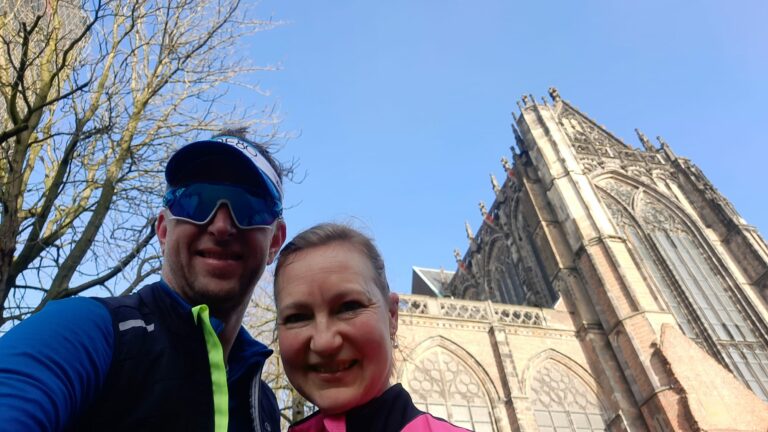 With the holiday season in the Northern Hemisphere fast approaching, we decided to pen our top 6 tips for running on holiday. Besides the lure of sleeping late or overindulging at the breakfast buffet, getting out on new trails or roads is something refreshing!  With a family of 4, my wife and I enjoy getting… 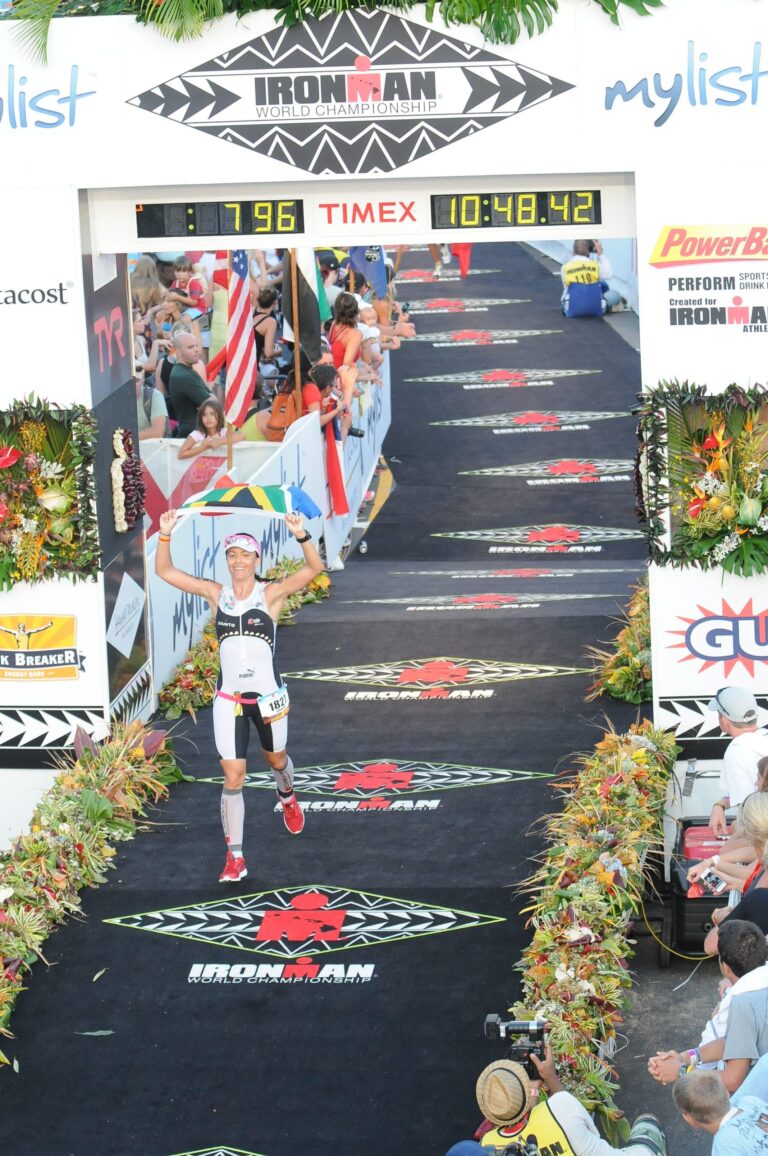 Goal setting – Getting SMART about where you want to be. The value of goal setting is captured really well by David Harrison, he wrote: “Goal setting is an extremely powerful technique for enhancing performance so it is one of the most important strategies you can implement for success in any environment. Goal setting helps to… Born and bred in the windy – but definitely Friendly City of Port Elizabeth – the annual Ironman event was always supported by many locals. The sheer thought of what they say today is simply a swim, bike and run is something I could never comprehend……… Roll on 2014 and at 101kgs, my heaviest weight…